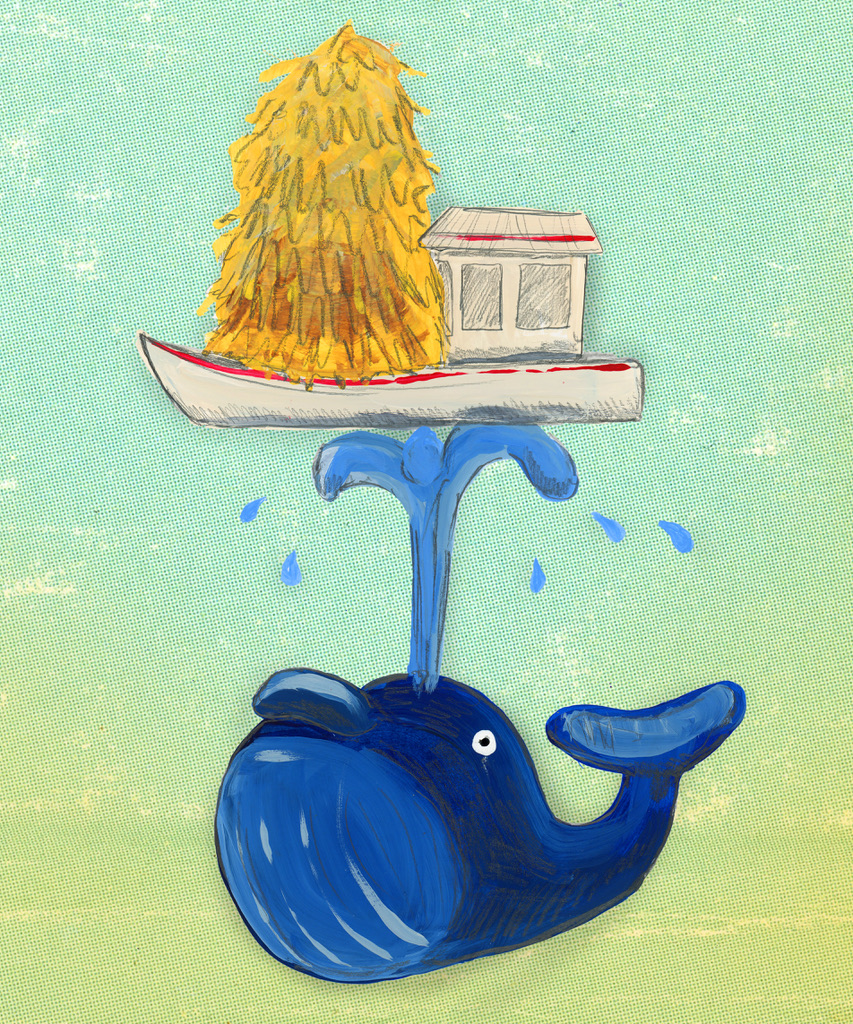 They are found on the shores of the St. Lawrence River, environments teeming with life we call wetlands. Located between land and water, these favorite places overflow with a nature to be preserved; but also food stories to tell. Among the fishing, hunting and gathering stories, an unusual haymaking: that of sea hay.

It’s quality being dependent upon the high tide, the stages of its harvest, then of its drying required, as one can imagine, a certain sense of timing.

These heaps of saline grasses that were harvested, in particular on the banks of the St. Lawrence River which still connects Isle-aux-Grues to Ile aux Oies, were made up of wild plants such as the American bulrush, sedge, maritime cordgrass, and also the one called bulbous rush over there (juncus bulbosus).

Once mown, the sea hay was put to dry on top of a structure on stilts which in some places was called an “extension” or even a “hayrick” (haystack).

So once the tide came up, those huge piles of scaffolded sea hay looked like huge bison floating on the newly flooded prairie; take note we are far from the anecdotal activity here.

Harvesting and trading sea hay along the St.Lawrence Estuary will have been a daily occurrence for many riparian families for hundreds of years in Quebec.

In 1861 for example, it would be nearly 2,075 tons of sea hay that would have been harvested in the Isle-aux-Grues archipelago. [1] ; It’s not insignificant!

Here is our humble suggestion of two readings that may allow you to learn more about the history of sea hay haymaking in Quebec: