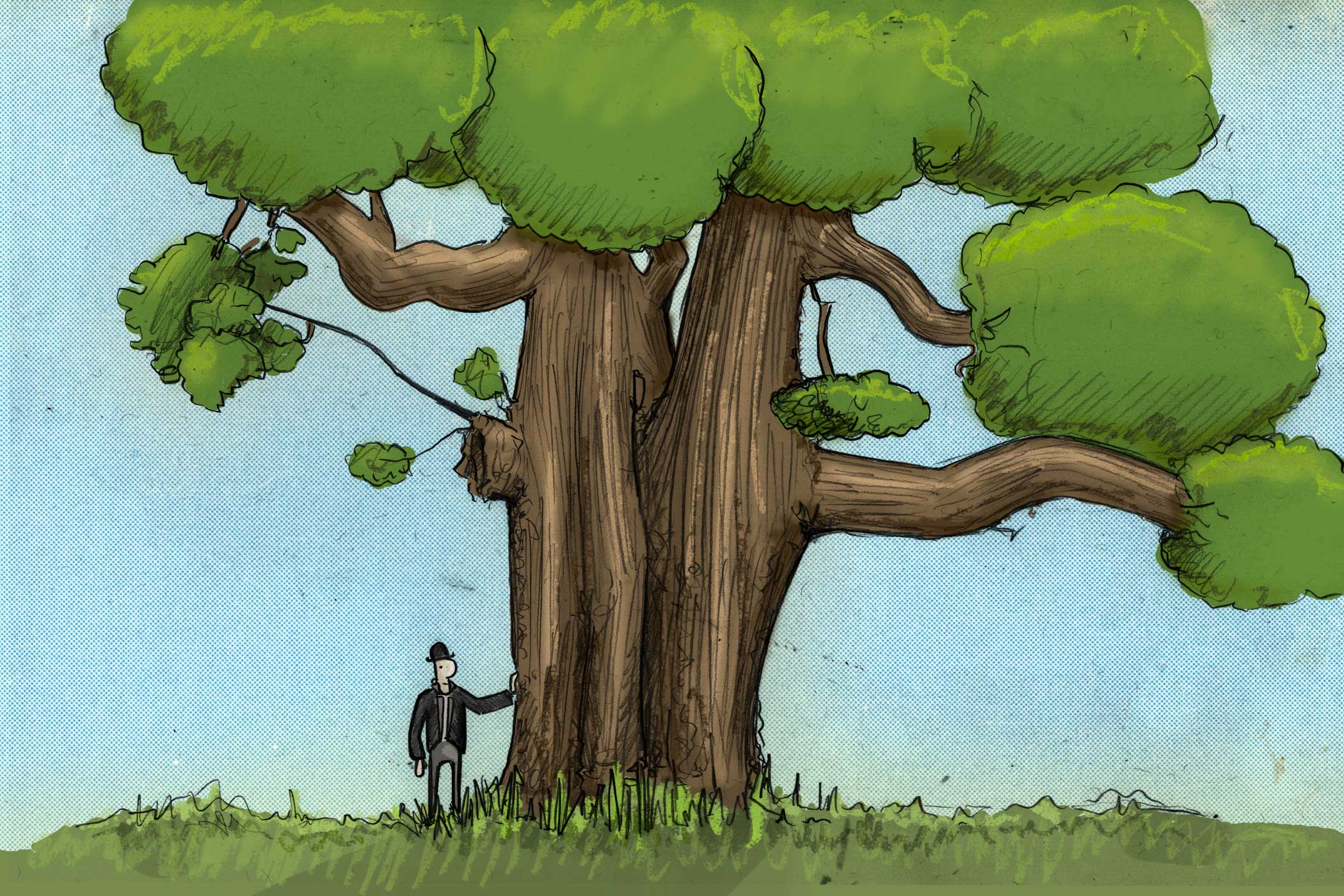 Rarely, a link seems to have been established between the consumption of roasted chestnuts and the deep history of North-East America, and yet … In Quebec at least, we generally seem to link this consumption to European customs. But is this entirely the case?

Curiously,  the records demonstrate beyond any doubt that from the US state of Georgia to southern Quebec and Ontario, there was a forest corridor that housed more than 4 billion American chestnut trees.  Nicknamed “the Eastern sequoias”, we also learn some individuals were over 35 meters high while others were so abundant in fruit that their harvests were done with a shovel, imagine the abundance this could represent.

Here is a brief portrait of a heritage of giants. A heritage which, ironically, was completely decimated in the first half of the 20th century  because of the spread of a microscopic pest; an exotic fungus (cryphonectria parasitica) which was dispersed in these primary forests from species of Chinese and Japanese chestnut trees which have been imported by American horticulturalists who were oblivious to bacteriological risks. Note here that, like the varieties of Asian chestnut trees, the American chestnut has always been unable to protect itself against the oxalic acid secreted by its parasite. Cause and effect, the spread of this pathogen will ultimately have generated one of the worst ecological disasters reported in the 20th century!

If over time, the chestnut skeletons have bequeathed a special place to the oaks, they have never been able to match the privileged symbiosis their predecessors maintained within their primary forest. This forced exit also led to a remarkable forgetfulness of our collective memory; an indigenous taste that was once a symbol of the transition from autumn to winter for many North Americans.

But what taste are we talking about here?

It is interesting to be able to affirm American chestnuts are distinct from the European varieties widely available on the markets today. In fact, our native chestnuts have a smaller size and their sweeter flesh remains fairly crunchy even when caramelized. It’s taste  singularly evokes that of the carrot. On another note, the anthropologist Daniel Ellis Moerman, who devoted the major part to the registering and dissemination of North American native Ethnobotany know-how, knew how to trace a good number of fascinating uses for the chestnut among the Iroquois. For example, they boiled chestnuts which they then crushed. But during this same operation, they took just as great care to skim, then reserve the chestnut oil which rose to the surface. This oil was then used to flavor their corn bread for example. Inevitable proof of their great esteem for this condiment, it even inserted itself in the healing rituals of their very secret society of false faces. When is the resurgence of chestnut oil in America?  Finally, what about the future of the American chestnut still classified as an endangered species?

Initiatives are indeed underway for the recovery of the American chestnut. The one that retains the most interest, however, is of New York State’s College of Environmental Science and Forestry  where a group led by biologist William Powell is working to develop a new generation of American chestnut that would be resilient to acid secretions from the pest fungus in question which is still present in the environment. To get there, this team is busy introducing a gene from wheat which is responsible for the production of an enzyme (oxalate oxidase) in the genome of the American chestnut, so by itself it can stop the production of oxalic acid which its parasite secretes. Still awaiting approval, this tree could become the first genetically modified tree (GMO) to be approved, then replanted on a large scale in the wild. We admit that on this sensitive subject, our opinions dither, but that is a whole different story…