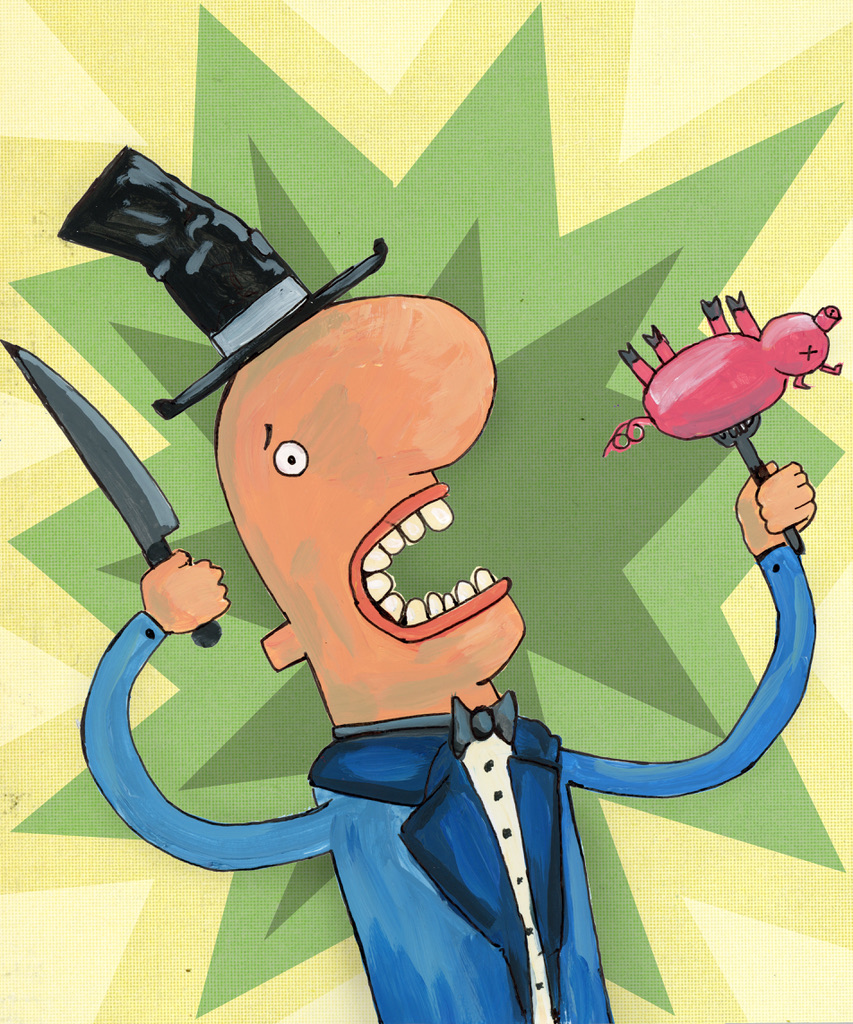 It goes without saying that pork occupies a very special place in Quebec’s food heritage. On the other hand, breeding itself has changed profoundly; just like its consumers. Little known to the general public, Wiltshire flèches, this salted product of British origin, nevertheless illustrates well an era which today seems well and truly over in Quebec: that of the people’s appreciation of fatty pork.

In Quebec, it was once customary for a family to butcher a fat pig weighing about 300 lbs in the spring. The buttock was used in particular to make the traditional Easter ham. The ancients also esteemed the fatty parts that they were careful to put in brine in the salting tub. It is understood here in the absence of adequate refrigeration, the pieces of salted pork could be eaten at least until the second pork slaughter, which was scheduled for the end of autumn. When we realize the omnipresence of salted pork in Quebec’s family heritage recipes, we understand that between survival and the art of feasting, a know-how has naturally been created in terms of fatty pork breeding.

Like the cheddar cheese which was exported to England, history also teaches us that Quebec will also have been a supplier of fatty pork for the British. The flagship product of this export? The Wiltshire flèches. Half a pork carcass with salted white lard, whose brine was calibrated so that it finished its ripening in the ships’ storage holds during their transatlantic crossing.

In reality, the Wiltshire flèches appellation is a Francization of Wiltshire flesh. A salting method dating from the 18th century specific to the English county of Wiltshire. That being said, what about fatty pig farming in Quebec today?

Well, if the breeding of fatty pigs was intended in the rural Quebec of the past, their presence on today’s farms is anecdotal, and this, to the chagrin of some artisanal charcuterie shops. A very special thought goes to our friend Phillip Viens, an outstanding butcher whose storefront is on Boulevard Saint-Laurent in Montreal.

In fact, for several decades now, Quebec agronomists have been working to refine leaner pig farms that meet in all respects the expectations of the bacon industry, but also those of a society which nowadays seems to have a (paused) relationship with fat in general.

Which, by the same token, makes us notice that almost all of the salted lard found in mass distribution is certainly processed in Quebec, but that the fatty pork necessary for its manufacture must undeniably come from a European sector specializing in fatty pork. The wheel spins; as the saying goes.