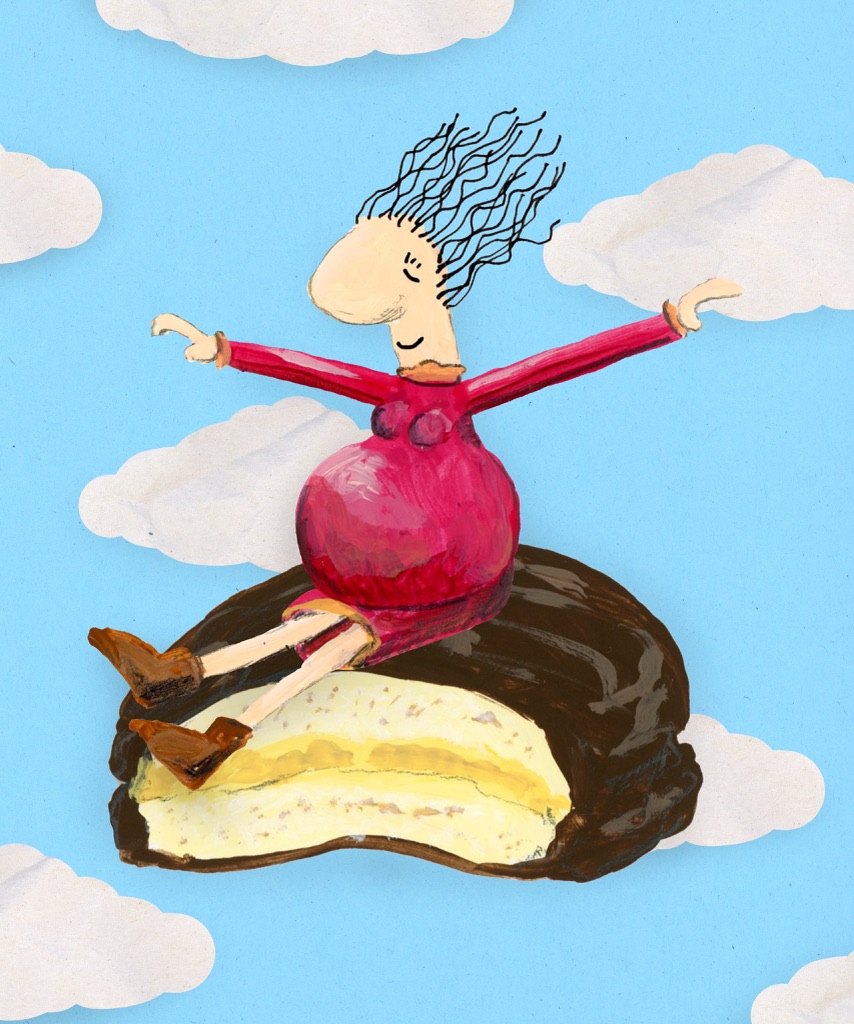 At the beginning of 1912, Diana Boilard (1881-1950) was pregnant with a ninth child. At the same time, an illness got the better of her husband. He was called Joseph Vaillancourt (1875-1911). Well-known Quebec City pastry chef. When he died, his business occupied a storefront for ten years in the heart of the Saint-Roch district.

However, following his death, not only will Mrs. Diana have to get used to the idea of raising her 9 young children but she chooses, with the help of her sister Noéma Boilard, to take over her late husband’s eponymous business: Pâtisserie Jos. Vaillancourt (Jos. Vaillancourt Pastry Shop). A place, which for the record, she will make grow brilliantly for years.

Another stroke of genius was towards the end of the 1930s when out of the company’s ovens came what we can still consider as part of the top 3 most emblematic cakes in Quebec’s industrial history: the May West. Admittedly, there are few who, almost a hundred years later, do not instantly recognize this little white cake stuffed with vanilla cream and then covered with a thin layer of chocolate. This one was obviously created in the 1950s by a certain René Brousseau, then foreman at the factory.

Subject to debate, some claim the pastry’s name was a tribute to American actress Mae West. Others believe the name’s origin referred to the “Mae West” life jacket model once worn by air force pilots in practice. A note to followers of the latter hypothesis, the name of this inflatable life jacket was actually intended as a saucy nod to the opulence of the actress’s breasts. Some will say here it’s just more of the same.

But that’s not all. Sensing a good business opportunity, Mme Allard’s eldest sons (Antonio and Charles Vaillancourt) suggested to their mother in 1947 to found a subsidiary which would aim to relaunch the bakery activities that Mme Diana had voluntarily chosen to offload a few years previously to devote herself entirely to pastry making. From this initiative will be born another Quebec brand emblematic of Quebec Inc.: Produits Diana (Diana Products). It’s a whole different story, but while you’re at it, did you know that the first bread sold in cellophane in Quebec was none other than Diana brand bread?

–  Let’s remember the Pâtisseries Vaillancourt (Vaillantcourt Pastries) family business and therefore the recipe for making May West were initially sold to the Vachon company in 1972. This will then pass into the hands of Saputo and then land at Canada Bread, a subsidiary of the Mexican giant Bimbo.

–  As of this writing, May West is still produced in Quebec, in a factory located in Sainte-Marie-de-Beauce.

–  As for the Diana brand, it was adopted by Boulangerie Samson (Samson Bakeries) in 1976. Although the DIANA brand will remain present for a few more years on the Quebec market, the Vaillancourt bakery plant in Quebec will be closed 4 years later, in 1980.