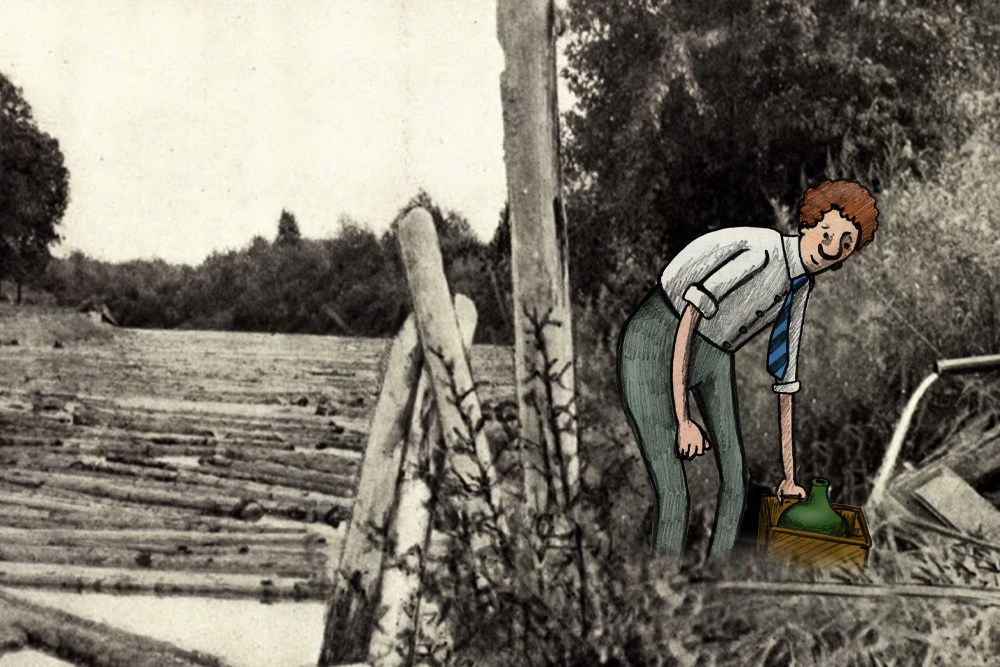 A curious race for mineral spring water deposits has already taken place in the St. Lawrence Lowlands; a playground exceptionally rich in minerals, which, remember, was previously none other than the bed of the postglacial Goldwaith and De Champlain seas, over 10,000 years ago. Some sources discovered during this commercial rush of 19th century manifest themselves again today. Consider here the village of St-Justin’s sources, or that of Saint-François-du-Lac recognized under the name “Abenakis”.

But what about these deposits, once popular, which today seem to have dried up?

Digging a little, we discover that some deposits once had a mystical fame. At least, this statement fits well with the craze raised by the St-Léon mineral water source. Passing without any antidote to typhoid fever with first class digestive drink, we understand that the commercial phenomenon of St. Léon garnered a wide audience. This popularity will eventually surpass our borders, because if one could find bottled St. Léon in Quebec City and Montreal, it could also be found in Toronto, Paris and London.

Add to this  ambitious portrait, that,  for many years, close to the St-Léon source, was a bottling plant and a spa attached to a prestigious 154-room hotel. This hotel, the  St-Léon Springs Hotel , collapsed in 1906 due to the wind.

This last image is a good illustration that everything that goes up eventually comes down. Misfortune  never arriving alone, it was from the beginning of the 1900s that the vogue of mineral waters fell in favor of seaside resorts and the rise of soft drinks. /For its part, between some initiatives and title transfers, the commercial myth of the St-Léon source will eventually die out in 1965 when a fire ravaged the bottling plant for good.