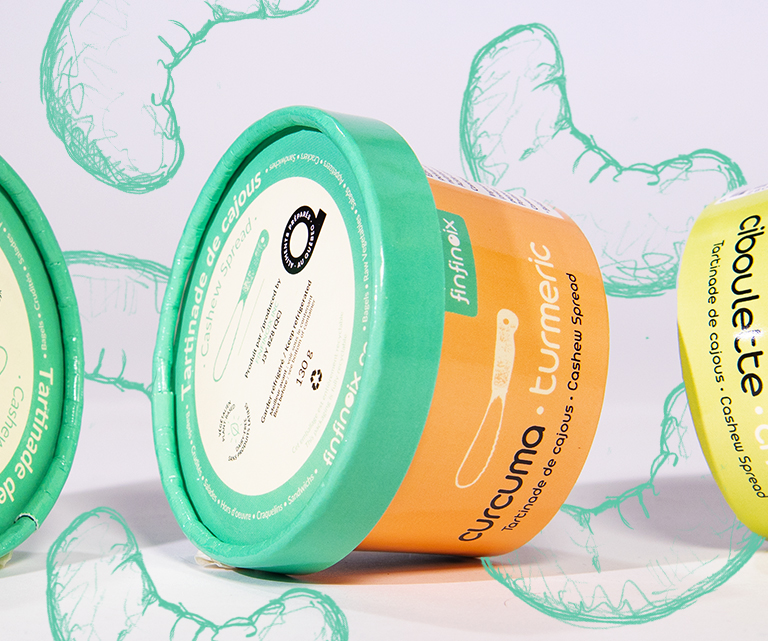 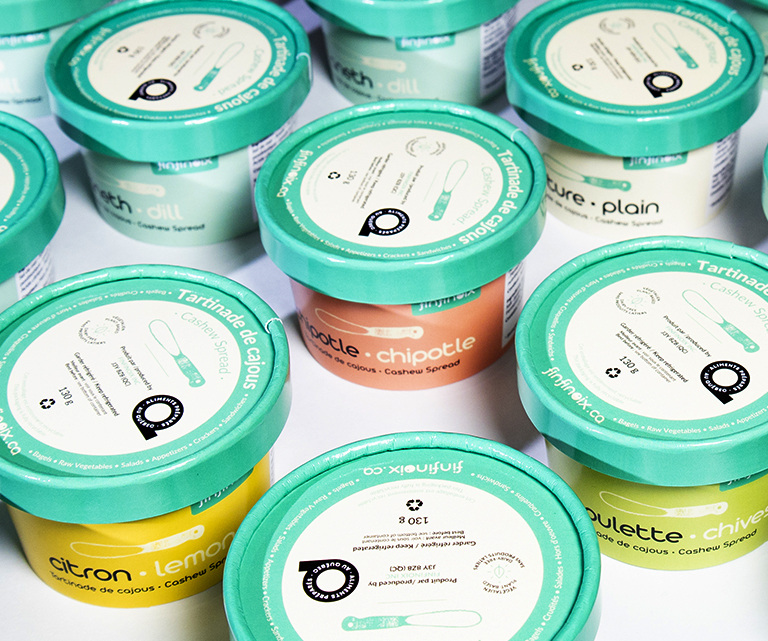 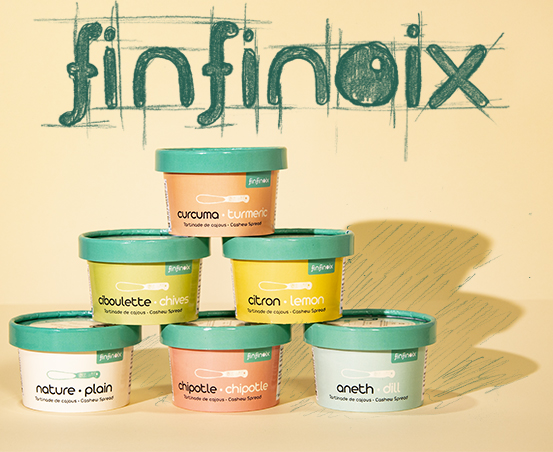 Finfinoix is a young company specializing in the artisanal production of cashew spread. Marie- Christine, its owner, wished to see the image in its transition to new packaging. Inspired by the proverb “there’s no point running, you have to leave on time”, here we played the obvious game on a multitude of pastel canvases. Whether it be by the exaggerated evocation of flavors or by the lightening of an abstract iconography in favor of an image of a spreading knife, all the creative fiber surrounding this project has been oriented without fuss to maximize the evidence concerning the texture of what is in the packaging itself.